Titanium vs Carbon Bikes – Which One Suits You Better?

These days, whenever cyclists discuss about a bike frame, the discussion will invariably steer towards titanium especially around those who ride long distances or want to get a custom bike for life.

So, what’s the appeal of titanium that some cyclists prize it over carbon?

Titanium frames are usually made from an alloy of titanium with either vanadium or aluminum and, like any other metal, can be cut, cast, and welded with relative ease.

This makes it an excellent material for custom frames and a wide range of styles or sizes. Chances are that if you can’t find a titanium frame that fits you, one could be made that would.

Carbon fiber is entirely different. They’re usually made with either one of two methods; bonded, also called lugged; or a more common method called bladder molding, also known as monocoque.

Bladder molded frames are molded in a single piece, making them unusually strong and resilient. The drawback is that each bike has to be made from a custom mold, meaning the choice of sizes can be limited due to the difficulty in manufacturing them, and those that are available tend to be more expensive.

As a result, many manufacturers will stick to standard sizes, so a carbon frame may not fit you very well if your size isn’t available.

Read More : 5 Things to Know Before Getting A Bike Fit

Titanium is known for being uniquely well-balanced and smooth, sitting at a crossroads between the strength of steel, the ease and speed of carbon fiber, and the lightness of aluminum. It stands out among metals for being wonderfully supple and absorbent on bumps.

The durability of titanium ensures that this ride feel will last for years right along with the bike, with the rigidity and tensile strength of the metal averse to degrading or warping. The comparative suppleness of titanium has contributed to a reputation of a lively, reactive ride feel which is even-keeled and smooth over distances.

While any measure of ride feel is objective, depending on frame size, style, and environment, carbon fiber has several undeniable advantages.

While the classic claim that carbon is laterally stiff and vertically compliant shouldn’t be taken too seriously (every double-diamond frame is), it’s true that carbon amplifies that effect.

The pliant qualities of the carbon fiber allow it to flex more easily and to remain resilient on rough terrain and bumps. One of the reasons carbon has beaten out aluminum for speed-focused riding is that it dampens vibrations more effectively than aluminum, and the resulting ride is responsive, maneuverable, and fast beyond belief.

Both carbon and titanium are renowned for their strength and low weight.

Titanium generally weighs half what steel of the same tensile strength does, while it’s twice as strong as aluminum, with pure titanium having a tensile strength which can withstand roughly 63,000 psi.

If you throw double or triple-butting (the level of thickness or reinforcement at the end of each tube) into the mix, you can be looking at a significant reduction in weight for superior strength, with powerfully-reinforced joints working alongside thinner tubing walls to create resilient, strong frames.

A built-up titanium bike usually weighs around 7 to 8 kg, depending on the type of components and wheelsets used.

The reputation titanium has gained since it was first employed in aerospace is well-deserved, and it was part of the attraction for using hydroformed or cold-drawn titanium tubing for bicycle frames.

One of the big selling points for carbon is the ability to adjust its density for different purposes and frames.

This adjustable density means that carbon’s already impressive top tensile strength of 500,000 psi can be adapted to a wide variety of configurations without sacrificing reliability.

If there’s a single reason carbon fiber has taken cycling so thoroughly by storm, it’s the weight to strength ratio. In fact, one of the lightest bikes on record, built by German cyclist Günter Mai, weighed in at just 2.7 kg, largely due to the all-carbon construction, all the way down to the spokes.

Most carbon road bikes weigh between 7 to 8 kg, only a marginal decrease over titanium.

Read More : Why You Should Pay Attention to Weight Limits of the Bike Frame

Titanium, like steel before it, is beloved by many for its near-indestructibility while not interfering with your performance. But the drawback here is that the higher the stakes, the more serious the flaw.

Titanium has to be well-cast, properly welded, and otherwise made into a frame with careful attention and experience. It can be subject to the same faults at welded joints as any other metal frame, albeit at a reduced rate due to its strength. In short, don’t skimp on the cost and look for reputable manufacturers.

Compounding titanium’s durability as a material is the relative ease of repairing it. Most of the damage to the frame itself will be cracks, and these cracks usually fall into three categories :

Repairing cracks in the seams and the welds are essentially sealing back up a break that was already there, so those are manageable, if pricey. Depending on where on the frame it is and how serious it is, a stress crack can be repaired as well, but there’s a very real chance that the repaired tubing won’t ever be as reliable again.

With carbon, the fibrous strength lends it some amazing endurance. You can imagine a bundle of rods or strands bound together, basically, the combination of lots of smaller fibers makes a powerful bond which, undisturbed, can last seemingly forever.

What might make some cyclists hesitant about carbon is the fact that while carbon is incredibly strong, but once it’s broken, it won’t ever be the same again even though after fixing it.

Part of the deal when getting a material as stiff as carbon is that struck the wrong way, it’s also incredibly brittle. If a carbon frame is scratched or cracked in a certain way, it can experience what’s called rapid crack propagation.

When this happens, a single long crack develops and can spread along the entire body of a piece of material, and unlike titanium, there’s no way to weld carbon back to its original state.

However, carbon fiber isn’t a mythical substance, and just like fibrous clothing, broken pieces can be rejoined. The trouble is that it’s a specialist repair which can only be undertaken for certain breaks, and because of that, it’s going to cost you.

While some technicians are willing to repair cracked or worn frames, they’ll usually avoid front forks, handlebars, and seatposts, and with the number of crash replacement policies and warranties, it’s usually wiser to go ahead and replace the frame.

As with any aesthetic question, it’s pretty much impossible to say one or another is superior. In the end, it all comes down to personal taste.

That said, both carbon and titanium bikes have a distinctive look, equally cool in their own ways.

Titanium frames present a similar appearance to steel or aluminum frames, albeit usually lighter and leaner due to the reduced need for heavy material. The classic but updated clean lines and smooth finish of a well-made titanium frame blend in perfectly to most settings while retaining enough stylistic distinction to stand out and make a cyclist proud to be seen on one.

Everything about a titanium bike says smoothness and ease, and they even look lightweight to the eye. A lot of pro-titanium cyclists swear by a natural-finish frame for simplicity and looks.

If you want to look like you’re from the future, look for carbon.

Lightweight, with smooth, sweeping curves and deep wheels, these bikes are distinctive and appealing to more futuristic tastes. Monocoque frames, in particular, present a unique appearance, with the smooth single-piece frame looking totally unlike anything else on the road.

While it might seem like these two materials are pretty similar in a lot of ways, it’s the finer point of what they’re best at that really marks them out.

Titanium tends to make a frame marginally slower, but its steady and responsive feel makes it terrific for long-distance rides.

The higher strength and lower density than steel and aluminum alike make these sturdy, sleek bikes a natural choice both for long-distance travel and getting around town alike, as well as offering a generally more comfortable ride in a range of sizes and styles.

It can’t be denied that carbon makes an outstanding frame for performance.

There’s a good reason it’s been so enthusiastically adopted in racing and competitive cycling in general; it’s incredibly strong and it feels like riding mercury.

Carbon road bikes have lower weight, aerodynamic shape that reduces drag so much that it’s very popular among both new and experienced cyclists today.

If you’re looking for something smooth, light, comfortable, and great for getting around, whether it’s in town or long-distance riding, titanium is the bike for you. The slender frame, durability, and even ride make it a perfect bike.

If you’re looking for something to help you max out your speed and sharpen your competitive edge, carbon fiber is an unbeatable choice. Low weight, unprecedented strength, and a sleep profile give carbon riders terrific advantages whether you’re a professional or an amateur.

Chris Ireland is a staff writer covering everything road cycling. He has been writing about cycling as a freelance journalist since 2017. In his spare time, Chris loves to ride his gravel and mountain bikes. 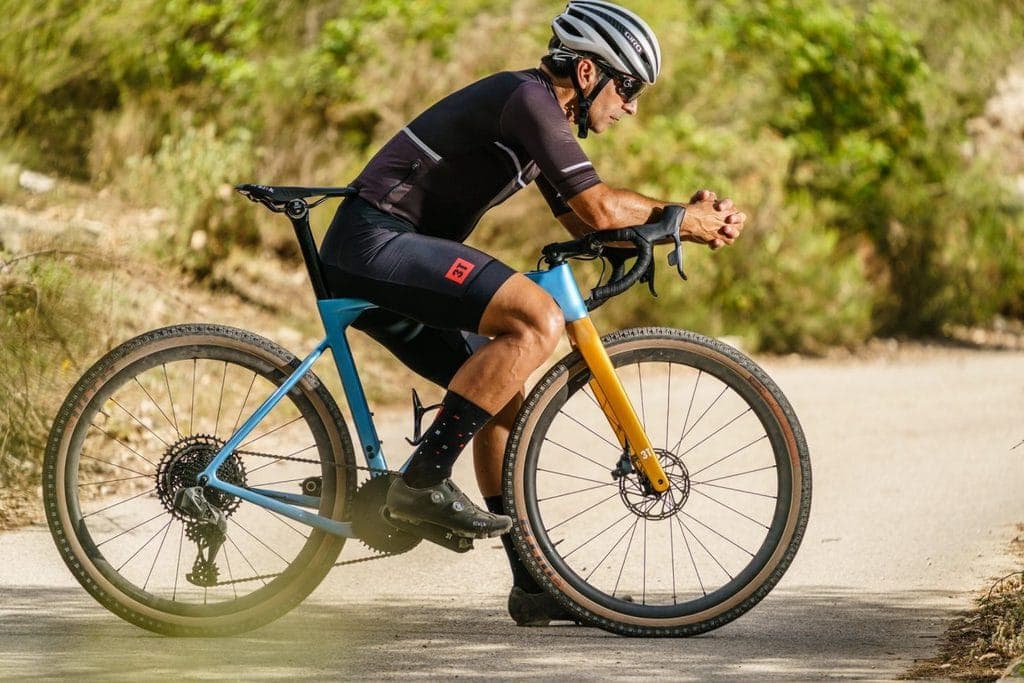 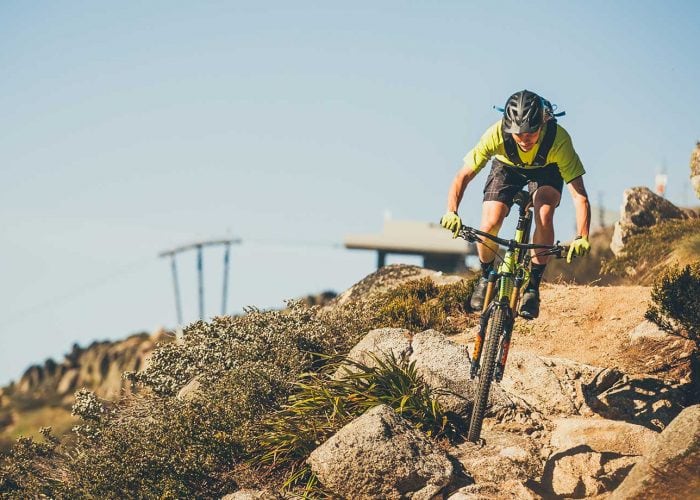 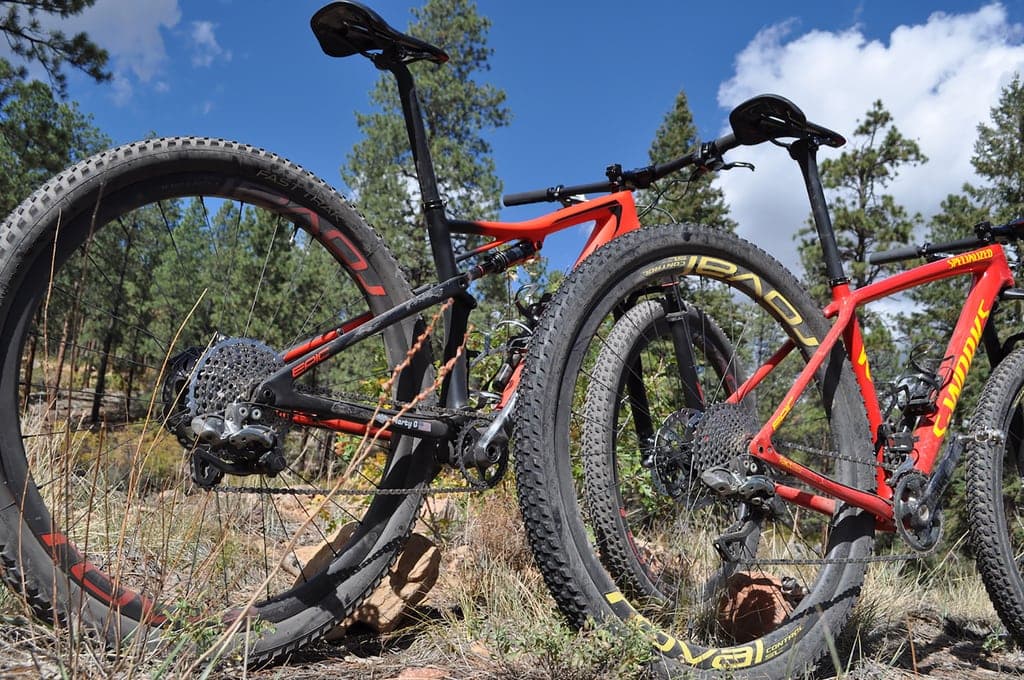 The Best Rated Hardtail Mountain Bikes on the MarketToday 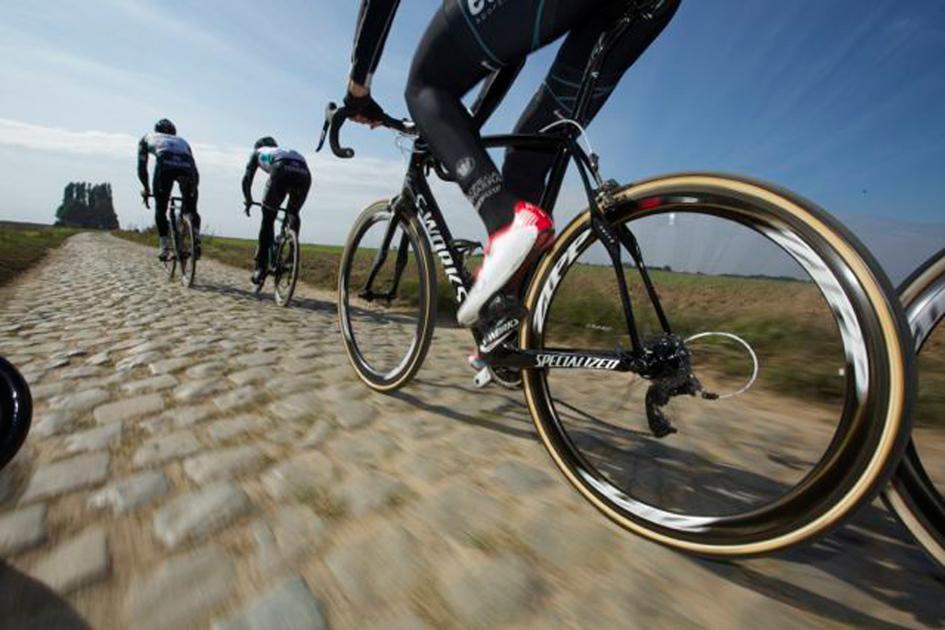 The Best Endurance and Sportive Road Bikes in 2022