A Complete Cycling Clothing Guide from Head to Toe 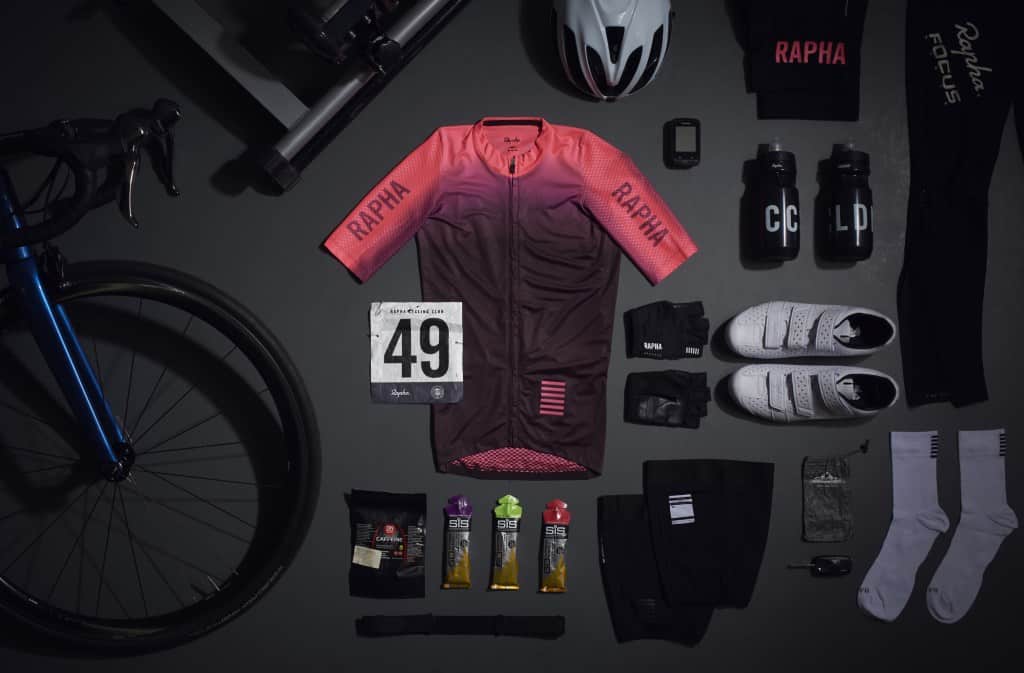 It can be intimidating if you’re starting road cycling.

Besides buying the road bike, you’ll soon realize that there are many other things to buy. Among them are accessories and cycling clothing.

There are many pieces of cycling clothing out there for everything from your head to toe. To make things more complicated, there are different versions of each clothing depending on the weather.

In this article, I’ll give you a detailed low down of what these clothing are, what they do and why you need them for road cycling. 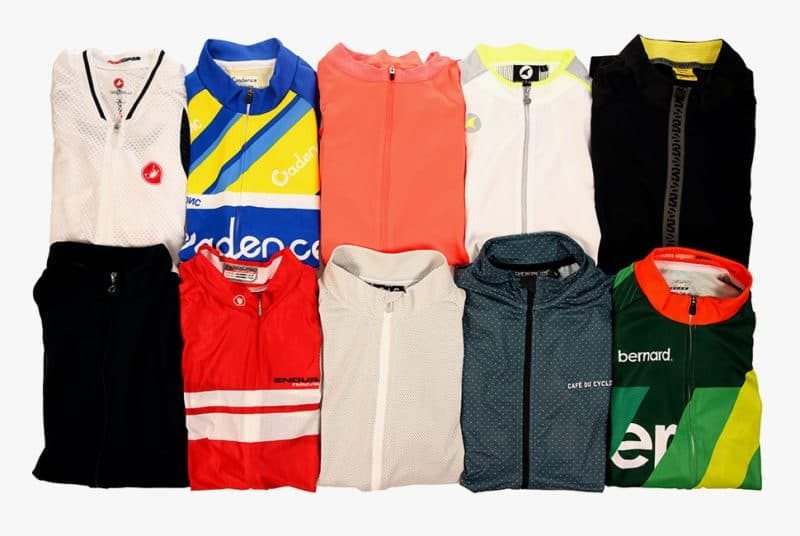 Cycling jerseys are widely available today. There are many brands out there and each with their own design. I’m sure there will be a few that caught your attention.

In fact, the best time to buy cycling jerseys is during the Black Friday sales which happens in late November every year.

I’d highly recommend you to wear a proper cycling jersey over just a regular t-shirt, or a sports t-shirt.

Today, there are 2 main types of cut for cycling jersey – aero and regular.

Geek Tip : If you’re out for a long ride, a regular fit jersey would be a better choice over the aero jersey.

The bicycle saddle is not like your couch where you can spend the whole day sitting on it.

Even the most comfortable bicycle saddle suited to your pelvic shape would lead to some levels of discomfort if you’ve been sitting on it for over an hour.

What is A Chamois 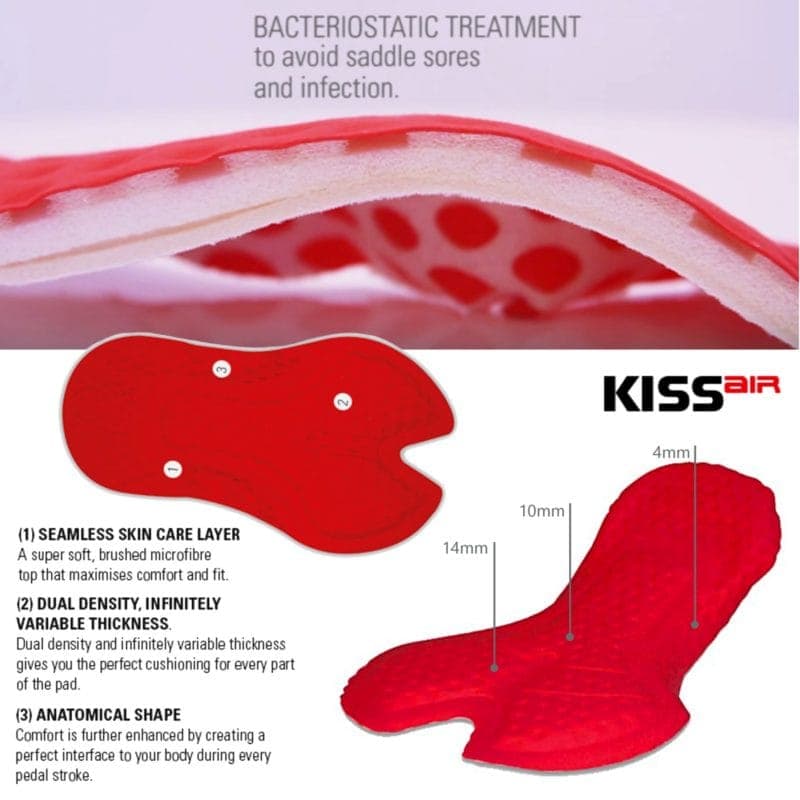 Bib shorts have a piece of padding in it called the chamois, pronounced as shammy.

The chamois is a piece of padding which has varying thickness to provide comfort and support where it’s needed most.

As both men and women have different pelvic shapes, so does the chamois size and width.

Hence, it’s very important to buy the correct variation of the bib shorts.

There are several variations of the cycling bibs with the main difference being its length and fabrics.

The main difference between these two are the straps on the bib shorts.

The main purpose of the straps is to prevent the shorts from sliding down as you pedal. As you bend forward, the shorts tend to slide down, exposing your lower back.

Not a good sight for the one riding right behind you. Trust me.

The straps, combined with the leg grippers on the bottom of the bib short provide you with a snug yet comfortable fit.

Geek Tip : Bib shorts are the preferred choice over shorts for road cycling. 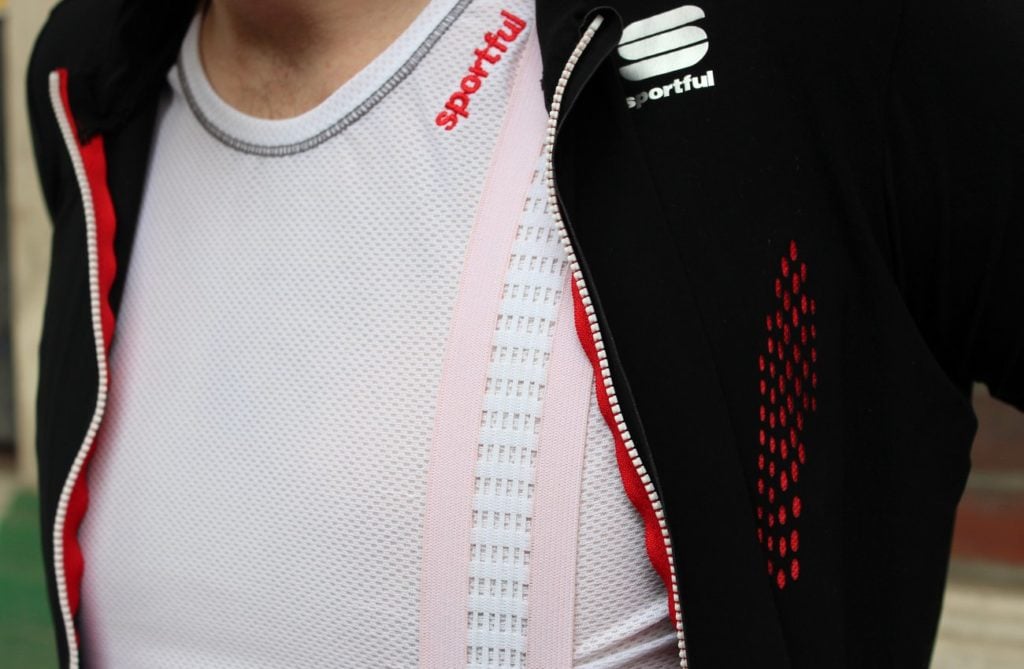 The base layer is a layer of clothing you wear beneath your cycling jerseys.

It’s meant to be worn like a second-skin so that it can be at its more effective.

This often overlooked piece of clothing comes in two variations; summer and winter.

Geek Tip : Base layers should fit to your body like a second-skin. 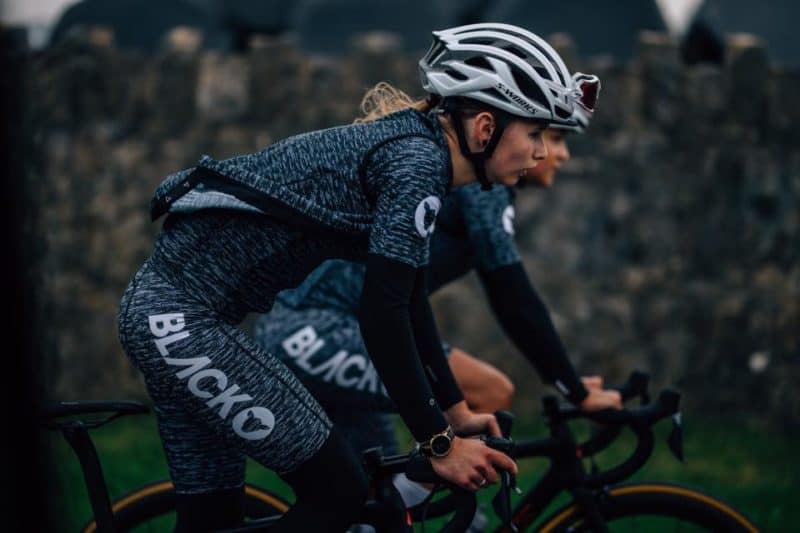 You’ll quickly realise that your arms and knees get cold if you’re riding in temperatures below 15c/60F.

In general, all arm, knee and leg warmers have a layer of fleeced inner to provide you with insulation and warmth.

In addition, some have a water-resistant outer coating which can repel away water when it rains. However, these aren’t fully waterproof and you’ll still get soaked if it rains heavily.

Some of the reputable brands like Castelli calls it Nanoflex. Sportful calls it NoRain.

Geek Tip : Knee/Leg warmers need to be worn together with arm warmers. 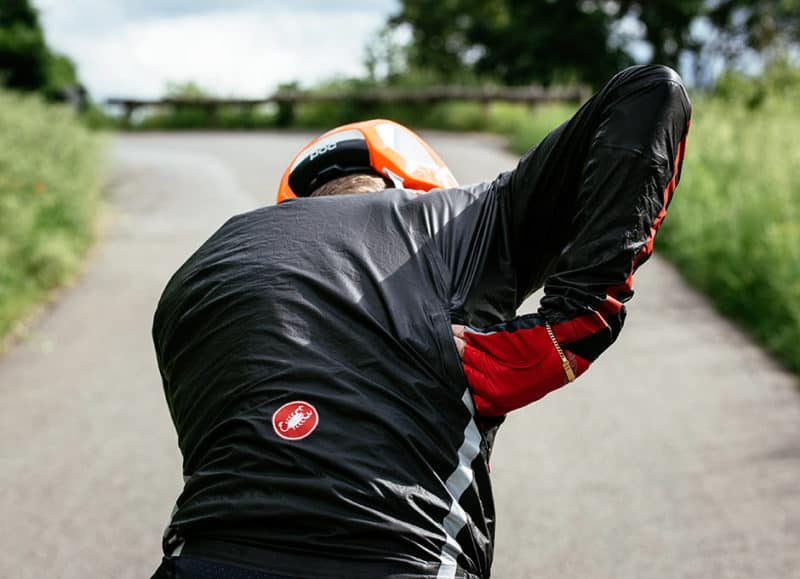 It can be cold, wet or windy and that’s where wearing the right jacket is crucial to ensure you remain comfortable on the bike.

There are several types of cycling jackets available today. Although they might look the same, they serve different purposes.

But that doesn’t stop you from having one jacket for everything. 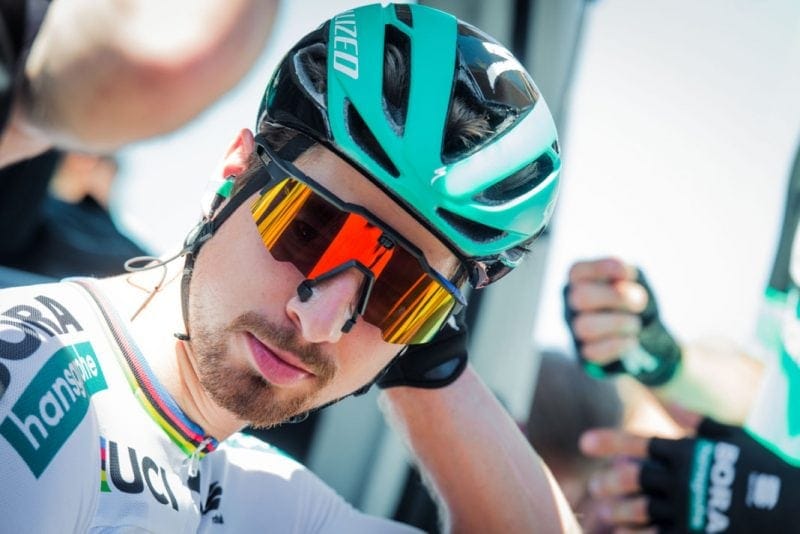 Cycling sunglasses play an important role in protecting your eyes not only from the dangerous UV rays but also dirt and sand that can be blown up during windy days.

They also keep your eyes from getting dry which could cause irritation for some.

But today, cycling sunglasses has extended beyond just safety and protection. It has become a cycling fashion statement as well.

The most important part of a sunglasses is actually the type of lens.

Generally, they can be grouped into three.

Geek Tip : Always wear sunglasses to protect your eyes regardless whether it’s sunny or not.

Cycling helmets can sometimes be a contentious topic in certain countries.

For example, in the US, the law regarding the usage of helmets differs from each stage and also the age of the cyclist.

Cycling helmets have sizes, just like the other clothing.

It’s strongly recommended to get one that fits snugly around your head.

Typically, they come in three sizes; small, medium and large. To fit a wide range of people, there is a dial at the back to loosen or tighten the fit.

Geek Tip : For safety purposes, always wear a helmet while cycling and wear it correctly.

Leave those time trial saddles to your time trial bikes and use a proper saddle for your road bikes.

I know comfort is key but most of the time you’ll be on an upright rather than an aero position on the road bike.

There are plenty of saddles out there to choose from.

More importantly, a TT saddle doesn’t look like it belongs to a road bike.

When it comes to wearing summer cycling gloves, there are split opinions.

Those who prefer to go without gloves generally wants to have a better feel and control of their handlebars.

Those who wear gloves swear by it because it provides protection to your palms should you crash and there’s a Terry’s wipe on the gloves to wipe away your snort and sweat.

During the colder months, long fingered gloves is the way to go. There are several types of winter cycling gloves, depending on how cold it gets.

Cycling socks are one of the most talked topics when it comes to cycling fashion.

There are many opinions when it comes to the sock length.

In other words, they should be long enough to extend until the point where your calf muscles start to bulge.

Geek Tip : It’s widely accepted that the sock length should be around 5” to 6”.

It’s a wise decision to use cycling shoes instead of your regular trainers for a few reasons.

Cycling shoes have solid soles, either made of plastic, carbon or a mixture of the two. They provide you with a stable platform to transfer your power effectively to the pedals.

To use cycling shoes, you’ll need to get used to having your feet locked to the bike pedals when you’re pedaling.

For newcomers, it usually requires a few practice before you get the hang of it.

There are 2 types of cycling shoes in the market today – road bike and mountain bike. Both of them use a different cleat system as shown below. 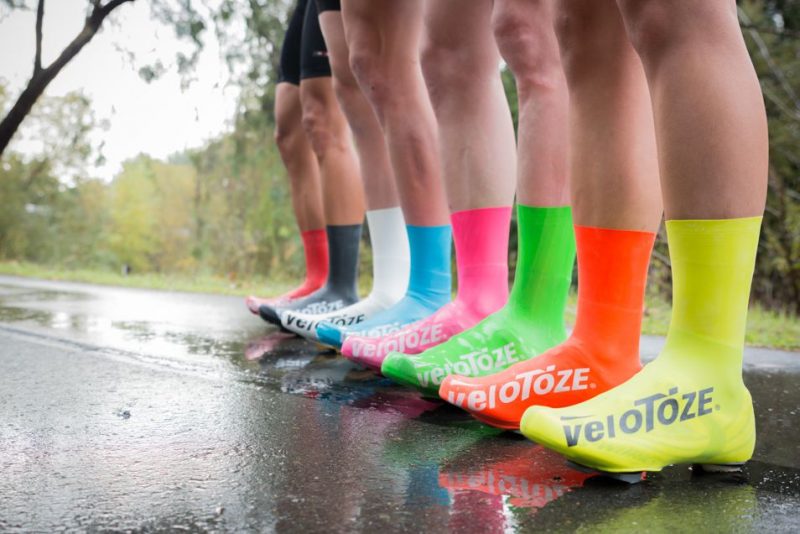 Shoes covers are meant to be worn over your cycling shoes.

They’re made of waterproof materials to keep your shoes dry and clean when its wet. During the winter, they also prevent cold feet.

They come in various length, depending on how much coverage they provide.

There are 3 common types of shoe cover, depending on the level of coverage they provide.

Geek Tip : Wear shoe covers when it’s wet so that your shoes (especially white ones) are kept clean.